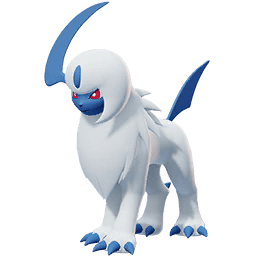 Best Absol build guide for Season 1 in Pokemon Unite. With our Absol guide, you will learn the best Held and Battle items to build, moveset, and how to use the moves of Absol properly. Learn tips and tricks on how to play Absol and counter your enemies.

Becomes a boosted attack with every third attack, dealing damage to enemies and lowering their Defense when it hits. If this boosted attack hits only a single target, it deals increased damage.

Dash in an arc, attacking enemies that come in contact with Absol. This move ignores the defense stat and shield effects of enemies. Feint is a dash move that deals a good amount of damage since it ignores def stat and shields.

It makes Absol move in an arc but it does not matter that much because the aim assist takes care of the intricacies of hitting enemies.

Feint is a great way to interrupt scoring attempts since it ignores shields.

Using this move again will restore the user’s HP. Night Slash is the upgraded version of Feint. When the move hits, it gives a second cast that allows Absol to dash again.

Once upgraded, Night Slash+ heals Absol on the second cast.

You can use both casts of Night Slash to escape by manually targeting it away from enemies. Although, if the first cast does not hit an enemy, the second cast would not be available.

Dash to the designated location and quickly charge an enemy with the next basic attack. (Basic attack range is doubled while this effect is active). If the basic attack lands from behind, its damage is increased and this move’s cooldown is reduced. Pursuit is a non-damaging dash but it empowers Absol’s next attack to deal bonus damage.

A triangular area is revealed on the backside of enemies and when Absol hits that area with the empowered attack, it deals more damage, and Pursuit’s cooldown is reduced.

When fighting enemies head-on, a quick Pursuit to a basic attack will hit the enemy’s backside provided you cast Pursuit in front of the enemy.

When used in combination with Sucker Punch, you have to cast Pursuit first before getting hit by the enemy as Sucker Punch will teleport you to the back side of enemies. More often than not, if you have teleported due to Sucker Punch first before casting Pursuit, you will end up at the front side of your target enemy.

Slash with sharp claws in front of the user, increasing this move’s critical-hit rate. Slash is your main damaging tool in the early game. It will help you clear wild pokemon faster since it grants bonus critical-hit rate.

Attack with blades formed by psychic power that decrease the movement speed of enemies for a short time when this move hits. Also increases basic attack damage dealt to the affected enemy for up to 3 attacks after this move hits.

Also increases movement speed for a short time when the user gets close to the enemy that this move hit. Psycho Cut deals average damage to a medium range but it slows down enemies hit and it empowers Absol’s basic attack to deal more damage to enemies hit for three attacks.

Psycho Cut is best combined with the second cast of Night Slash because of the increased critical-hit rate.

Look for an opening to attack an enemy, decreasing the movement speed of the user and the target enemy for the duration. After a short time, charge forward to attack the enemy. However, if the user receives damage or gets attacked before it charges, attack immediately and shove the enemy.

Increases basic attack speed for a short time when this move hits. Sucker Punch is a set up hindrance. The enemy has practically no choice when they are targeted with Sucker Punch. If they do not do anything, you will teleport to their front and damage them.

But if they do not notice that Sucker Punch is cast and they damaged Absol, Absol will teleport to the back side of the enemy and they will get shoved and damaged.

You can position yourself to get damaged using Pursuit so you will set up a burst damage attack on your enemies using Sucker Punch in combination with the empowered attack from Pursuit.

Unleashes a flurry of slashes in front of the user. This move ends by unleashing powerful blades of energy, dealing increased damage to enemies and shoves them.

Midnight Slash is strong burst damage Unite move. It deals a lot of damage per hit and it deals more damage to the last hit that releases a lot of waves in a large area.

But this is not even the best part about Midnight Slash. It is actually best used as a counter-attack since Absol becomes untargettable and invincible during the duration of Midnight Slash so you can use this Unite move to avoid strong attacks from enemies while dealing great damage to your enemies in return.

Here are our Recommended builds on Absol

Scope Lens increases the critical-hit rate and critical-hit damage of its user. Absol’s passive and moves are all about critical strikes so this Held item is a must-have on them.

Eject Button is great for escaping after assassinating an enemy pokemon. Absol is a squishy speedster so an emergency button is necessary for escaping dangerous situations. It can also be used to get behind enemy pokemon when the Pursuit Punch build is used.

The Pursuit Punch build is a high burst damage build that is capable of killing enemy pokemon in an instant. The catch with this build is that it is dependent on the player’s ability to pull off the bonus damage and resets on hitting enemies from behind with the empowered attack from Pursuit.

The Pursuit Punch uses the same Held and Battle items as the Pursuit Cut build.

Absol is a mobile burst damage assassin speedster. Absol is both dashes and has crit-based basic attacks that are both the reason why it is scary but sometimes unreliable.

Absol has one of the highest critical-hit rates on all Pokemon because of its passive, Super Luck that grants bonus critical-hit rate. Furthermore, Absol’s boosted attacks lower defenses and deal more damage against isolated targets.

Start by acquiring Feint so you can make Absol jump over the obstacle at the edge of the center of the map with using Eject Button. Quickly kill the Lillipup then Ludicolo and Bouffalant. Kill the two Corpish afterward because you’d want to be at least level 5 before your first gank at around 9 minutes in so you will have access to Absol’s first upgraded move, Night Slash or Pursuit.

It is important to have the first upgraded move before ganking because both Night Slash and Pursuit offer more mobility and damage to Absol. Since Absol is a basic attack reliant Pokemon, being ahead or at least on par in terms of levels with the enemy team is important.

After your first gank, head to the very center of the map so you can decide on whether to help the Top or Bottom lane when Vespiquen and the swarm of Combees spawn at the 8:50 mark. It is important to at least help one of the two lanes so you will be able to secure more experience points for you and your team.

What is the role of Absol when taking objectives?

Absol can easily take down Drednaw, Rotom, or Zapdos because of its high attack speed and critical-hit rate but there’s a catch, it cannot survive the damage the legendary Pokemon dishes out because of its low HP and defenses. Because of this, Absol needs to have at least a defender or a support with it when it takes objectives.

Another thing that you have to note when taking objectives is that you have to go back and hide when enemies try to contest the objective. Why? It’s because of the same reason as above. Absol would easily be at dangerously low health levels if it is hit by a move or two. Let your teammates or the enemy attack the objective. While this is happening, go around the objective to look for an opportunity to pounce on a careless enemy Pokemon.

The Pursuit Cut build is a high damage per second build that relies on Absol’s basic attack to dish out critical hits on enemies.

Always look for an opportunity to burst down enemies who are wandering alone, especially the squishier attackers and other Pokemon who have a lower level than you. You can also play alongside your allies who have hindrances who can help you take down even the toughest of defenders by pinning them down while you unleash your barrage of critical hits on them.

The Pursuit Punch build is a burst damage build that more outplay options through the dash of Pursuit and the counter-attack hindrance mechanic of Sucker Punch. This build requires more game sense from its trainer because the damage of Pursuit is dependent on hitting the mark at the enemy’s backside and Sucker Punch requires the trainer to be able to predict the movement of the enemy to fully utilize it.

In the middle and late game, Pursuit Punch will help Absol to easily win 1v1s and clean up the battlefield. Although, you have to steer clear of team fights especially when it has just begun and moves are yet to be thrown because Absol, when using this build, is quite weak against crowds.

When is the best time to use the Midnight Slash Unite move?

The Midnight Slash Unite move is best used as an outplay tool to counter enemies when they use their own Unite moves. Absol becomes invincible during the duration of this move and at the same time, it deals a lot of damage to a wide area so it can easily turn a losing battle around when timed properly.

Absol can sense upcoming disasters and would try to warn humans about them. Unfortunately, Absol is usually misunderstood and becomes blamed for the disaster by the same humans it tries to help.