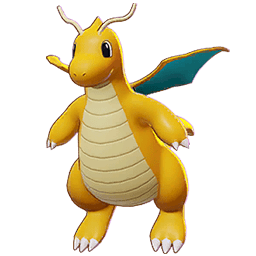 Best Dragonite build guide for Season 1 in Pokemon Unite. With our Dragonite guide, you will learn the best Held and Battle items to build, moveset, and how to use the moves of Dragonite properly. Learn tips and tricks on how to play Dragonite and counter your enemies.

Increases Defense by 100 when afflicted by a status condition (Dratini and Dragonair only).

When damaged by an enemy player, gain a buff that reduces damage taken by 20% for 2.5 seconds. This ability has a 15 second cooldown.

Becomes a boosted attack with every third attack, blasting water in front of Dratini, dealing increased damage, reducing the cooldown of Dratini's moves by 1s, and recover 5% max HP when this hits.

Creates a twister and releases it in the designated direction, dealing damage to enemies hit and decreases their movement speed for a short time. Further increases the user’s movement speed if there are opposing Pokemon nearby when the dance ends. Exhale a mighty gust in the designated direction. If this move hits an enemy, the user’s next attack becomes a boosted attack. Has the user aim at the designated opposing Pokemon, charge up power, and then unleash a beam of light that sweeps up the ground in a straight line. In addition to the beam’s base damage, it also deals additional damage to opposing Pokemon it hits equal to a set percentage of their max HP. The user is left unable to act for a short time after using this move.

Reduces damage the user receives when using this move, including when charging up power. Has the user start rampaging, stomping the ground and dealing damage to opposing Pokemon in the area of effect. Also triggers the additional effect of the most recently used boosted basic attack once again. During the rampage, all of the user’s basic attacks become special melee boosted attacks with increased attack speed. When the rampage ends, the user is left unable to act for a short time.

Reduces the duration of hindrance effects inflicted on the user when the user is rampaging. Has the user fly high into the air before crashing down with several comets on a designated area, dealing damage to opposing Pokemon in the area of effect and throwing them. The farther the user flies, the more the Unite Move gauge is consumed. While this Unite Move is being used, the user becomes immune to hindrances.

Here are our Recommended builds on Dragonite